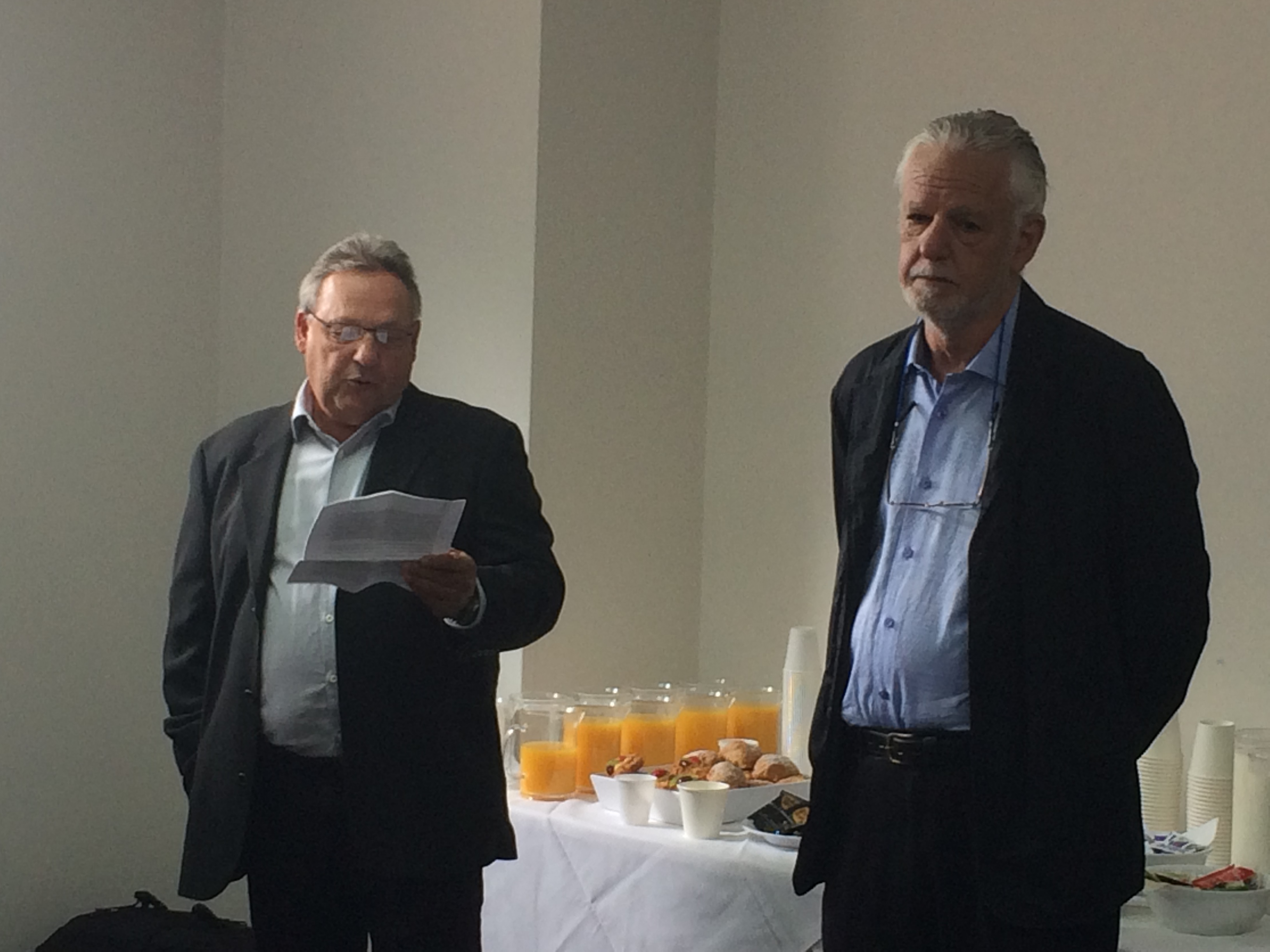 The Best Way to Pay It Forward

This morning I attended an event to pay tribute to Michael Dubs for his service of over 25 years to JewishCare and its precedent organisations. As president and board member of Jewish Community Services (JCS), and as a member of the loan committee, he made an outstanding contribution to the Melbourne Jewish community, and in particular to those most in need. The most important thing Michael did for me was to recruit me into JewishCare.

It happened back in 1999, as long-standing JCS board member Hershel Klein ז”ל decided to retire due to ill health. My wife Adira had already been volunteering there for at least five years, and suggested to then president Michael that I might be a suitable replacement. We met, and despite having never served on a board, I took the job. During eight years as a director, JCS merged with Montefiore Homes to become JewishCare, I learnt a huge amount about not-for-profit governance and had the privilege of meeting and working with many outstanding and dedicated members of our community.

During fourteen years (and counting) on the loan committee, our ‘book’ has grown threefold and we have transformed a 120-year old ‘gemach‘ steeped in tradition (a euphemism for ‘trapped in an old-fashioned way of doing things’) into a well-governed business unit that is meeting the current and future needs of a changed community. Initially, I was the disruptor, challenging the views of veteran committee members who were reluctant to lend out the money we were entrusted with for exactly that purpose. Now, I’m the one of the older committee members, and every time I think it’s time to finish up, I get so excited and enthused by what we are doing and filled with ideas that I can’t bear the thought of leaving.

As we gathered together – past presidents and committee members with several hundred years of combined service – I reflected on the journey of committee members, and it was clear that Michael experienced the same ‘culture shock’ when he joined. We postulated that even a young Avram Zeleznikow ז”ל experienced the same, when he joined Jewish Welfare as a ‘young gun’ decades ago. Not-for-profit committees need a steady flow of fresh energy to challenge assumptions and to bring new ideas to the table. The first and foremost job of any president of a Jewish organisation is to find their successor. In the case of JewishCare, the days of people spending 20+ years on the board are now gone.

We think we are there to give, but we receive so much more in return. It struck me that the best thing I could do to thank Michael is to pay it forward – to make sure I recruited some members of the next generation to join the leadership of this outstanding organisation.