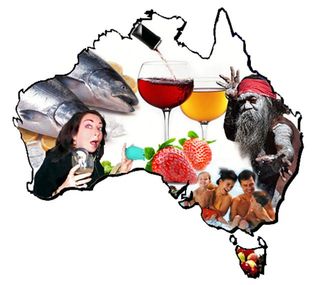 I love my country and am proud to call myself an Australian. I have travelled around the world enough to have formed the view that our country is up there with the best in the world. Being an Australian is a strong aspect of my identity. I support the concerns of all citizens of our country, especially so called “ordinary people” (an awful term). Does all that make me a nationalist and a populist? By any dictionary definition, yes. But those have become bad words of late. That is likely a case of guilt by association, because historically some terrible things have been done in the name of nationalism, and driven by populism. But that does not make nationalism and populism intrinsically bad.

My version of nationalism celebrates a fantastic country for all of its citizens. It recognises the significance of immigrants in the development of our country, and it does so today, Australia Day, which commemorates the landing of the First Fleet of colonists in 1788. These colonists had little regard for the indigenous population – the First Australians – and caused them tremendous harm. Without excusing that in any way, it was common practice in its time, as empires spread across the world, ‘discovering’ ‘new’ lands. Two hundred-odd years later, what do we need to do about this? Our government having already formally apologised for the sins of the past, the most important thing is that we work to correct the imbalances in living standards between Australians.

I am personally grateful that Australia welcomed immigrants. It welcomed my parents in the late 1940s after the ravages of the Second World War, and gave them the opportunity to rebuild their lives. As a country, it has been welcoming immigrants well before then, and ever since then. At times, some ‘locals’ (i.e. ‘white’ Australians) were less welcoming of the wogs, nips, and kikes. Despite the apparent resurgence of Pauline Hanson and her ilk, I feel the vast majority of Australians have moved past that. This is evidenced by how well we have done integrating many ethnicities into a heterogeneous national identity, as other parts of the world struggle with this. It is incumbent on that vast majority to stand up for what is right, and assert that all of our citizens are equally Australian, whether they (and their ancestors) have been here for 2000 years, 200 years, 2 years, or 2 weeks.

It’s worth noting that our establishment by the First Fleet as a penal colony contributed to the egalitarian nature of Australian society, where convicts were able to start their lives afresh, and eventually stand as equals with others. Everyone had and should have a fair go – a fair crack at success. Over the decades, we have witnessed many immigrants – some of whom have overcome great adversity – thrive and enjoy great success in their new home, and make outstanding contributions to society. My family fits clearly into that category. This is part of what makes Australia great.

That does not conflict with the idea of having “safe borders”. We were blessed to be an island nation with all natural borders, and we choose to accept new immigrants under a number of criteria, including refugees on compassionate grounds. On a per-capita basis, we do OK. We do this because it is just, and because it is good for Australia. Both criteria are important. We cannot stop people choosing to pay people smugglers and risking their lives to come here by boat without a visa. All we can do is the risk-reward equation so that it’s not worthwhile for them: increase the risks associated by attempting to come here the wrong way, and increase the rewards of coming here through legal channels. The first part is very difficult, but I’ve yet to see refugee advocates come up with a viable solution that achieves those desired goals. More people risking their lives to get here is not a good thing.

The fact is that we have oodles of space for more people in our country, if we so choose. Why can’t we be a country of 50 million? It would take some long-term vision from government (the same folks who still haven’t built a fast train linking our two largest cities *sigh*) and huge investment in infrastructure – high-speed rail links, and the construction of new cities. Those projects stimulate the economy and deliver growth, and in that regard are self-fulfilling. All those extra people won’t come from a government baby bonus; rather from immigration that targets people who are willing and able to make a net contribution to society, rather than being a welfare burden. Over a couple of decades, they would change the demographic mix. But our mix has been shifting for the last hundred years, and will keep shifting.

We have a lot to be proud of, and a lot to be grateful for. We don’t take ourselves too seriously in Australia (very good). We innovate and invent (good, as long as we can retain the benefits). We cut down tall poppies (good and bad). We are blessed with natural resources, and with our location. Our exports – people, goods, and services – are lauded and celebrated around the world. Our country is one of the safest places in the world, and our cities are amongst the most liveable.

I’m a nationalist, populist Australian for the 21st century. I’m proud to be an Australian, and am lucky enough that there is plenty about which to be proud. Happy Australia Day.