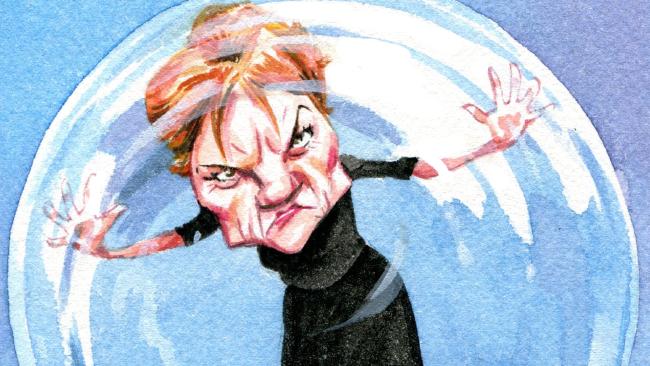 The Real Problem with Pauline Hanson

Another week, another audacious and controversial statement by One Nation leader Pauline Hanson. The recent terrorist attack in London prompted her to repeat her proposal for a “Muslim ban”, and present her own hashtag #Pray4MuslimBan instead of the sympathetic #PrayForLondon. Her statements temporarily reignited the debate about Muslim immigration and how we ought to respond to terror attacks – threatened and actual. But yet again, the debate was superficial and highly polarised, and quickly fizzled.

Hanson’s statements are inflammatory and use broad generalisations. They appeal to the feelings of parochialism and xenophobia that are present in some parts of our country. It’s not clear that what she does is “what ISIS want“, as PM Turnbull stated in response. That would mean ISIS conduct (or encourage) attacks so that people like Hanson will alienate Muslims, so that they can recruit said alienated Muslims to commit further attacks. Rinse and repeat. Maybe what ISIS really want is for the West to leave them alone so they can establish a Caliphate in the Middle East and let it spread out across the world from there? Isn’t that their stated aim? The simpler explanation ought to be preferred. It’s so damned easy to criticise Hanson, and that is what leads us to the heart of the matter.

The essential problem with Pauline Hanson is that her radical approach stifles the genuine debate we need to have.

By setting the entire Islamic faith as her target, she positions the debate as one between two extremes: either Islam is bad, or it’s good. You can choose black or white. Either you are with me or against me. Her arguments provoke equally extreme and meaningless responses, such as pointing out Christian or Jewish biblical sources that look just as archaic as some readings from the Koran. But do you see any radical Jewish groups proposing to cut the hands off thieves or crusaders threatening: convert or die? One extreme argument leads to another.

While ISIS is inspired by a radical Islam theology, it does not represent mainstream Islam as practised by 90-odd percent of the 1.6 billion Muslims in the world. Nevertheless, ISIS is a significant enough (and violent enough) minority to be a genuine threat, both in the Middle East and the West. What else would get moderate Sunni states running to Israel for help?

This same mistake exists on both sides of the political spectrum. For example, President Trump issued a temporary ban on immigration from seven Muslim-majority countries until more intense vetting procedures can be implemented. In response, his critics framed this as a “Muslim ban” (a straw-man argument), and on that basis condemned it. Pauline Hanson co-opts the #muslimBan hashtag because she actually supports such a ban. But that was never what Trump intended. When this happens, we end up being trapped in a vicious cycle of polarising arguments that actually get us nowhere.

They get us worse than nowhere, because (a) they are self-perpetuating and push political opponents even further apart, and (b) they are a distraction from the important debates we need to have. Debates about the social integration challenges of immigration and multiculturalism. Debates about the best way to combat the threat of terror and extremism.

Very little in this world is either entirely black and white. Labelling things as black or white is intellectually lazy, makes it harder to discern what is in between, and therefore carry out nuanced debate within that space rather than at the extremes. Those who view the world in a stark, oppositional terms ought to make more use of their grey matter so they can better discern those shades of grey.

Tweets by davidwerdiger
How senior financial advisors can transition clien

Why communication is important Research has shown