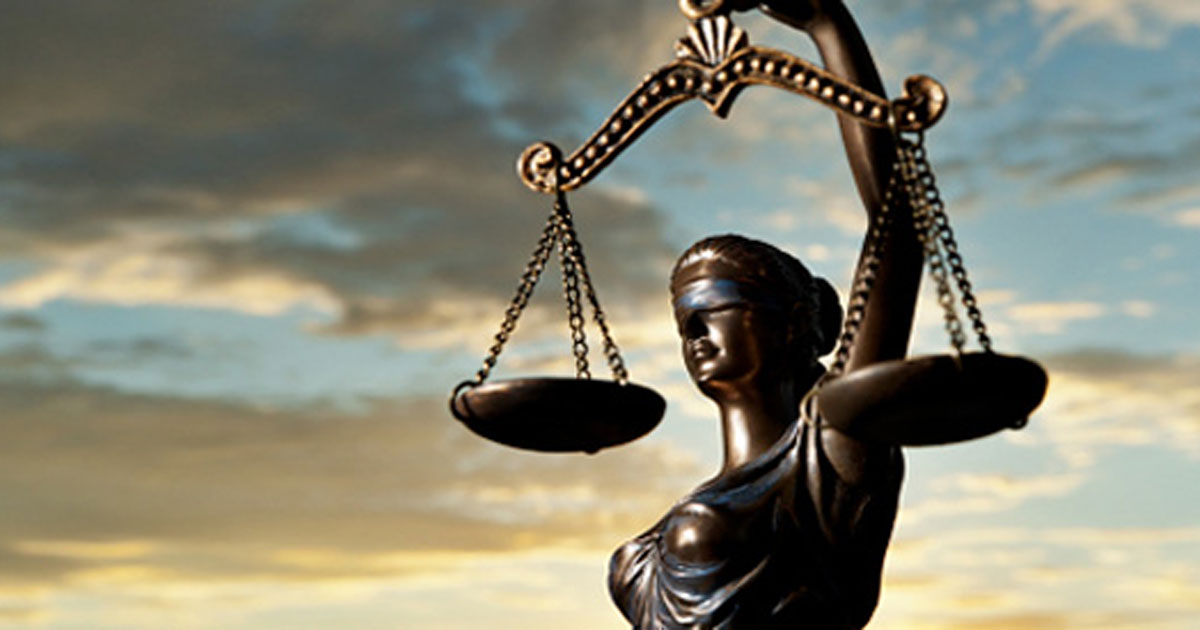 Looking for justice in all the wrong places

We have a criminal justice system, but how often and under what circumstances is it able to deliver just outcomes?

To understand this, let’s first consider the  important features that make the system work: an independent judiciary, the assumption of innocence until proven guilty, that both sides of a case are heard, a trial before a jury of ones peers, and the due process surrounding all of this. These are the essential ingredients to reaching just outcomes.  But there are many situations where not all of these can happen. In those cases, one can argue that the outcome is less than just.

Whom does the justice system actually serves? It gives victims of crime a voice, closure, and provides additional support to them, and it ensures that the public feel safe and protected. I would argue that it also serves perpetrators. How? If a person is found guilty of a crime, they may be penalised or be given a custodial sentence. Once they have paid their penalty, whatever its form, they are considered to have completed their penance and are free to return to society. In the case of some particularly heinous crimes, where research shows that past offenders pose an ongoing risk to the public, additional (and sometimes indefinite) restrictions may be imposed on offenders even after they have completed their time in prison. But in any event, the system serves perpetrators by allowing them to ‘make good’ (to the extent that penalties and sentences can do that) for the crimes they have committed. Do the crime; do the time, and then move on. This aspect of the justice system – the ability to move forward – is also very important to all three stakeholder groups.

With all that in mind, let’s attempt to rank just outcomes according to the number of justice elements each one has:

On that basis, the most just outcome would be if an alleged offender is found guilty as charged after a jury trial. All elements of the system have been utilised. This will become clearer when we examine cases where not all elements come into play.

When the person is found ‘not guilty’ after a trial, there is a deficiency of closure for both victim and perpetrator, as some ambiguity can remain. A finding of not guilty is not the same as being found innocent. It might be that there is insufficient evidence to meet the standard required by the court, or that a procedural error occurred. While there is no such thing as being found innocent in a court of law, at least if a trial takes place, both sides may present their case before an independent judge.

Next might be a case where a plea bargain is made – the alleged offender pleads guilty to a lesser charge and avoids or shortens the trial. This is where the cost and pragmatism elements of the justice system come into play. A trial can re-traumatise victims, and is time consuming and expensive to run. Trials are risky as well – one can never be certain of an outcome. So in the interests of expedience for all parties, a deal is negotiated. The risks and costs of a trial are traded off for a lesser certainty. But in avoiding a trial, we lose something. The offender may not have been punished to the full extent of the crimes committed, but at the same time never had the chance to present their case before a judge. Equally, the victim does not get their day in court.

If there is insufficient evidence even to charge a suspect with a crime, the parties are also left wondering. This is less than a ‘not guilty’ verdict: at least in that case, both sides have had their day in court. But if someone is accused or suspected, but never charged, there is so little that we know, especially why no charges were laid. Was the accusation without grounds? Was the evidence that could be presented at trial too weak? Again, this comes down to the risks and costs of a trial. The police investigate, and if they find sufficient grounds, they refer the matter to the prosecutor to bring charges and proceed. They will typically liaise with the prosecutor during that process, and be advised whether or not they have enough, and the prosecutor may refuse to lay charges if they feel the case is too hard to win.

The current charges against George Pell – probably one of the most hated public figures in Australia – are an interesting case in point. In his evidence before the Royal Commission, he was arrogant and lacking in empathy – devoid of the personal attributes generally considered essential for someone in a clerical position. If being an arrogant prick was a crime, he would have been sentenced to life in prison, but alas if that was the case our prisons would be overflowing. While many reasonably called for his head, he had not actually been accused of an indictable crime. Until …

Stories emerged that he allegedly abused several young boys nearly 40 years ago. The Age ran a story suggesting that he should not be charged just to clear the air – rather that the same burden of proof even to bring charges should apply to him as to anyone else. I fully agreed. In the words of the columnist: “If the claims were made against someone with no public profile who had moved to the other side of the world would the case have been handled differently? Of course it would.” This test encapsulates the test of blindness: that everyone is treated equally by the system. Asking if justice is truly blind is in no way defending Pell, nor suggesting we go soft on him – allegations against him deserve the same investigatory effort as anyone else. It is simply demanding that the justice system treat him the same as any other suspected perpetrator. Once he was charged, The Age further editorialised on this very point, calling for “the preconditions of natural justice [to] apply in the treatment of … Pell”.

Senior lawyers not connected to the case have gone further, suggesting that cases like Pell’s might require a judge-only trial, because it would be so difficult to find an unbiased jury. They are actually arguing for the justice system not to treat everyone equally, rather to compensate for a public figure where popular opinion may prejudice the system. Their stated goal is to help attain a more just outcome at trial.

The justice system is far from perfect, but it strives to deliver just outcomes. That is its purpose. It has to balance the underlying principles of justice as articulated, with the costs (money, time, etc) associated with operating the system. Can we really say an outcome of ‘guilty at trial’ is more just than an outcome of ‘insufficient evidence to charge’? After all, both outcomes result from the operation of the broader justice system and all of its pieces working together. But at the same time, the residual ambiguity and lack of closure associated with many of the outcomes does mean that in some way we are getting less than our full quid of justice.

If we move beyond the boundaries of the justice system, things get even murkier, particularly when it comes to communal leaders and other figures peripheral to the perpetrators of crimes. Peripheral because their ‘crimes’ are poorly and arbitrarily defined, yet can contribute to and enable the crimes of others. There is no justice system or independent standard that can determine the appropriate punishment for someone who has enabled abusers in some way, been deficient in supporting victims or discouraged them from coming forward. Taking into account the elements of a justice system, this poses a huge problem – there is no process for such people to make amends, let alone be rehabilitated. It makes it very hard all involved to move forward.

We now step from the justice system to the world of social media advocacy. At the best of times, communities don’t apply justice well. Facebook expands the definition of ‘community’ to millions of people with tenuous connections to each other. Advocates end up preaching to the converted and casting unchallenged narratives, which often leads to a lynch-mob mentality against anyone who dares to challenge or even attempt nuanced debate.

Look for the elements of a justice system in social media and they are entirely absent. There is no independence by those who cast judgement over others, nor a presumption of innocence. The opportunity to present both sides of a story is all but impossible, and no process for reaching conclusions. People jump to negative assumptions about statements and their underlying intent based on the bare minimum of context and understanding.

While social media has (had?) tremendous potential for building connections and for conducting meaningful debate, it’s too easy to be swept up in the angry mob mentality that surrounds some very complex issues. If it’s justice you are seeking, then the last place to look is social media. It’s important to remember the Yiddish adage: a fool listens to half a story.

So is there anywhere we can find more just outcomes?

The answer might be in the fields of restorative practice and restorative justice, social sciences which draw from several disciplines to reduce crime and anti-social behaviour, strengthen communities, and to heal relationships – even between victims and perpetrators. According to criminologist John Braithwaite, a strong advocate of this process, while the justice system seeks to address only legally relevant issues and to protect both parties’ rights, restorative justice aims at “expanding the issues beyond those that are legally relevant, especially into underlying relationships”. This is especially pertinent for matters that occur in a community context, and for which no indictable crime actually occurred.

The Royal Commission conducted a review into restorative justice as a mechanism for helping to improve the victim-survivors’ experience of justice, to offer different avenues for addressing the harm caused, and to build healthy communities. The process – which can involve victims, perpetrators and their community – examines what happened, who was affected and how, and what might be done to repair past harm and prevent future harm. Simply allowing all parties to be heard addresses some of the limitations of the justice system, and the anarchy of social media.

While the justice system is full of gaps, and as social media advocacy can easily make matters worse rather than better, perhaps we should be looking to new and innovative processes like restorative practice to help us all heal?

Tweets by davidwerdiger
Family Business Conflict How we deal with conflic