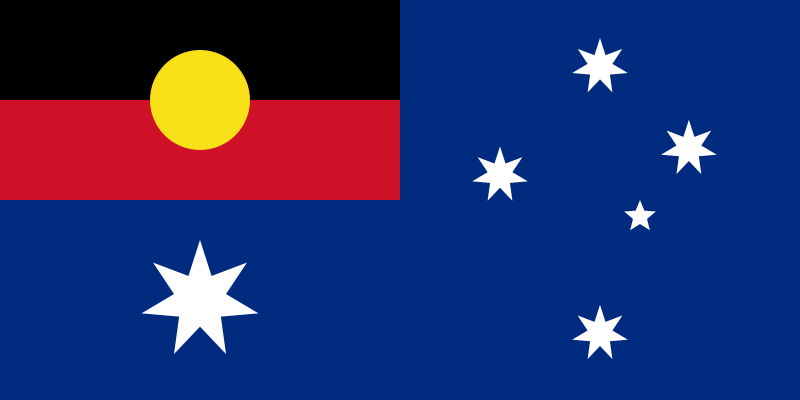 Can we de-politicise Australia Day?

I’m sick and tired at the increasing frequency that big issues are politicised, and the regular straw-man arguments that often serve to reinterpret opinions as extreme and thus polarise us further. Most of us sit in the 80% of grey space in the middle, rather than the 10% at the extremes. Yet many of us are too easily caught up in those extremes, and have lost the ability to conduct nuanced debate in that grey space. The current iteration of the Australia Day debate is a case in point.

This now annual debate started months ago with my favourite radio station Triple J, and their Hottest 100 broadcast, which for many years took place on Australia Day. Following regular agitation by people offended by Australia Day, Triple J decided to run a survey on the issue. It is this decision – rather than the results of the survey and the subsequent change to the schedule – which irks me. There were many ways they could have responded to the demands to change the date, and a national survey isn’t always the answer. Simply asking people is what setup the change. Now it will take place on the fourth Saturday of January (which will now be known as Hottest 100 Day, as if our calendar needed another Day), and Orthodox Jews have been marginalised because we can no longer listen to the broadcast. Bottom line: whatever date is chosen, there will always be someone unhappy.

The Australia Day debate has now hotted up, and unfortunately the loudest voices are the most extreme. The notion that the first fleet was ‘good’ for Indigenous Australians is offensive, as is playing up the stories of colonists who reached out and helped the local population. Equally, the call to transform Australia Day into an annual Day of Atonement goes way too far. Yom Kippur is a personal day where we each have the opportunity to reflect on our actions in the past year. To suggest that we must annually atone for the colonial sins of others that took place hundreds of years ago is absurd. Where the **** are the ‘80%ers’ in this debate?

The remnants of colonisation still exist, and some of them have been identified in the close the gap initiative. To our great national disgrace, progress on closing the gap has been abysmal, and health measures like life expectancy, infant mortality, and heart/kidney disease are appalling in Indigenous communities. I feel personally ashamed that our First World country has significant numbers living in Third World conditions. But the solution to this is not an annual mea culpa – rather better action from government!

Personally, I love Australia Day even more than I love a good Aussie lamb chop on the BBQ on a hot day, paired with a good Aussie beer. As a child of immigrants, it’s a day I express gratitude to a wonderful country that welcomed people in their time of need, and celebrate the contribution of immigrants to our country. So for me, ‘Australian values’ include welcoming strangers and fostering a strong, multicultural melting-pot where everyone should have a ‘fair go’.

A corollary of all this is that we are an immigrant nation, which means we must deal with our colonial history. We need some respectful debate on this aspect of our history. While colonialists all over the world often mistreated the indigenous population, they also made positive contributions to their new countries. But whether countries were ‘on balance, better off‘ as a result of colonisation is a moot point, and actually an unhelpful question to debate. In its day, it happened. It happened here. It happened all over the world.

Debates about a specific day quickly extend to other highly divisive issues like whether or not we should be a republic, and what Australian values actually are. You might groan every time these issues raise their heads, but they are actually so important that if we don’t address them properly, they will continue to raise their heads and be used as political footballs.

What I think we need at this juncture is a national and bipartisan commission of representative Australians (preferably ‘80%ers’) that will lead such a debate. Rather than focusing on the micro issues in isolation, the process would take a top-down approach at these big issues, and facilitate some respectful dialogue. We can think of such a process as Australia finally ‘growing up’ (from its colonial roots) and clearly articulating its national identity.

As part of such a ‘big conversation’, the topic of how and when to celebrate Australia Day needs a broader look at what we celebrate and how, because what we celebrate is a reflection of what is important to us as a nation. Here is an example of some of our public holidays (I’ve excluded the Christian holidays):

How important is it that we celebrate monarchy (whether or not we are a republic)? Add why – so long after Federation – must the same themes be celebrated differently in different states?

So before anyone suggests more gimmicky alternatives for Australia Day (in the present climate, I nominate 30 February), let’s take a good hard look at ourselves, our country, where we have come from, and most importantly where we are going. On a beautiful summer’s day with the BBQ on, and tennis and cricket on the telly, I can’t think of anything more appropriate to do.