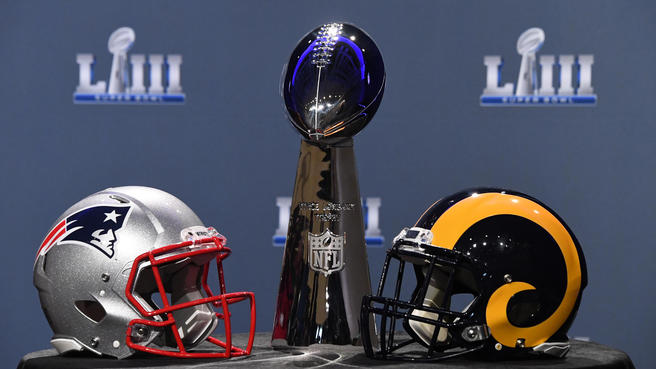 Another NFL season is down to just two teams, and while some pundits marvel at the new generation of outstanding QBs and the associated focus on offense, we should be reminded that some things never change (and I don’t mean the Patriots appearance in the AFC Championship game): winning playoff games depends on good old fashioned things like controlling the line of scrimmage and the clock.

This preview shouldn’t be all about Brady, but he just won’t go away, so he’s worth a few more paragraphs. Is he the GOAT? I think it’s hard to talk about greatest ever individual players in a team sport because there is an attribution problem. What would he have been like at the Browns? Without Bellichik, who will probably go down as the greatest coach ever (and yes, there is also an attribution problem with coaches, but a lesser one)? Without Edelman floating around always able to get into space for a check-down? And without the most under-rated offensive line in football?

He reads the field remarkably well, and he has balls of steel especially when coming from behind in the dying minutes, but could he have done all that without the 0.4 extra seconds his line gives him?

Because almost every year I keep saying it, and almost every year coaches ignore me. There is one sure-fire way to beat the Patriots: get to Brady. When he is under pressure or sacked, they are suddenly very fallible. I saw (in person) the Falcons do it in the first half of Superbowl LI, but they couldn’t sustain the pressure for the whole game. The insipid Chiefs defense didn’t even get close to a sack.

With apologies to Nick Foles and the Eagles, winning shootouts against the Patriots are few and far between. While the Rams have some deep threats and have been able to score quickly, if they are to win, I don’t think that’s how they will do it.

What will make the difference is the ability to run the ball (and both Gurley and Michel have done this outstandingly well behind good O-lines), and to bring pressure on the opposition QB. The Rams’ defensive line may have an edge in that regard, but can they deliver on the big stage? And in the fourth quarter when the game is on the line? The X-factor may be the Rams’ special teams, which ran a cheeky fake punt in the championship game, and which Bellichik talked up during the week in a nice piece of gamesmanship. Expect some good trick plays from both teams.

Consider the different ways each team might win. If it comes down to the wire in the fourth quarter, expect the Pats to win. If they get a big early lead, expect them to hold on on to it. So under which scenario do the Rams actually win? They would need to (a) get a good lead early, and (b) maintain pressure on Brady for the entire game. As much as I want that to happen, I wouldn’t put money on it.

Tweets by davidwerdiger
How senior financial advisors can transition clien

Why communication is important Research has shown