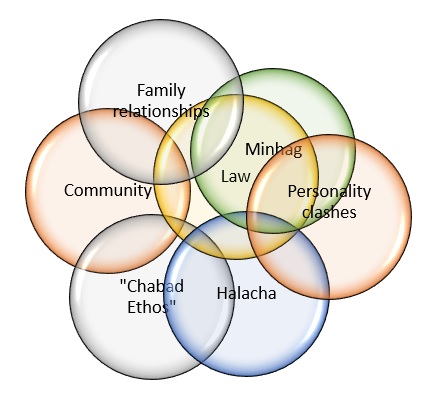 The Hard Road to Democracy

Breaking news at the Yeshivah Centre: switching to a new legal structure (that is largely similar to the previous one but splits members into two overlapping groups), and then giving everyone the vote does not instantly result in a well-functioning democracy. And in other breaking news, gravity causes objects to fall to the ground.

If we look back through history, the journey from feudalism or monarchy to democracy is usually accompanied by revolution and civil war. Only in the wake of the destruction can those remaining unite and rebuild. While we have had our share of revolution and destruction (of a different type and scale), key elements needed for a healthy and well-governed community still elude us.

I’ve been speaking up for good governance, accountability and responsible exercise of power, and due process for many years, and have demanded this universally – from both leaders and advocates. According to either Spiderman’s Uncle Ben, or British MP William Lamb, “great power implies great responsibility”. Power can come from being elected, appointed, or self-appointed (especially in the world of social media), but in all cases it must be exercised with due care. In the past, I’ve also fallen short on this standard.

The missing pieces in the case of our community are culture change, and trust. We inherited a organisational culture where power was exercised behind closed doors. The currency for getting things done was power and authority, rather than consensus and goodwill. This ultimately led to an erosion of trust and a disconnect between the leadership and the people.

Suddenly giving people a vote does not (and in our cases did not) automatically result in any meaningful culture change. This is because in organisations, the existing culture is assimilated by new people who join unless people (“agents of change”) specifically set out to change it. Despite having elected boards, many things continued to be done the old way.

The new leaders, despite being elected, didn’t start with a clean slate. Through no fault of their own, they inherited the distrust of their predecessors. It’s like starting a 100m race from 20m behind the starting line – they need to work harder just to keep up.

The new structure did allow for changes to advocacy. Advocates used a mix of publicity (media and social media), secret back-channels and Chinese whispers, a self-appointed ‘opposition party’, and the new structures and the associated regulatory environment itself. Where trust of leadership/management and engagement between leadership and people was still lacking, such activity flourished but achieved little. The same angst that existed for years sought and found new outlets.

So where to from here? Here are three steps:

This has been a case of two steps forward; one step back. After all this turmoil and change, our community remains deeply fractured. Only by changing our culture and healing those fractures can we move forward effectively.