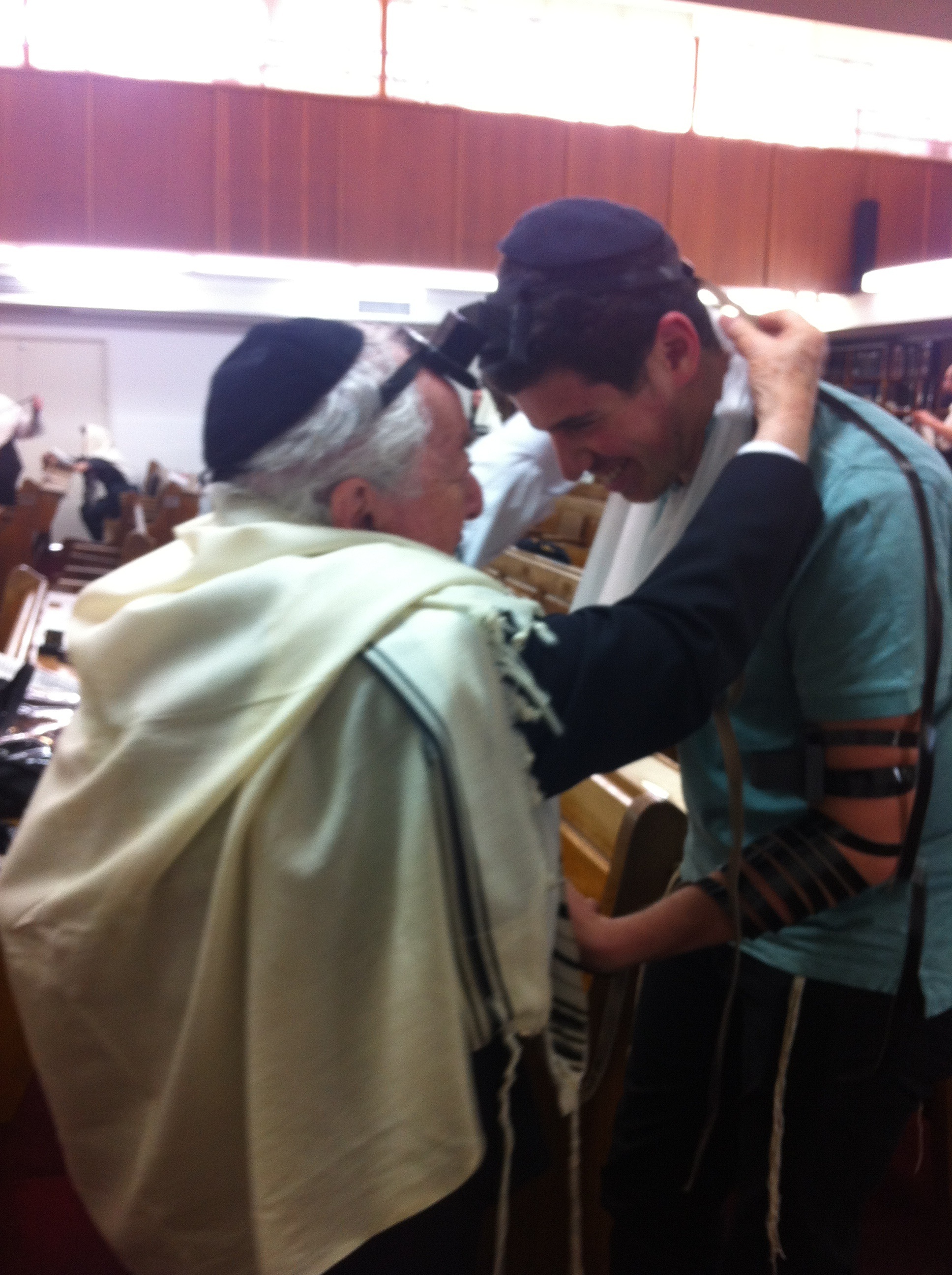 Celebrating Liberation without the one Liberated?

On the 11th of April, our family has for many years celebrating my father’s liberation from Buchenwald, in 1945. My mother would prepare a lavish banquet for the whole family. The menu was hearty, rather than fancy – in direct contrast to the hunger my father experienced during the war and his time in various concentration camps. My father would speak, and tell us stories of the past: of experiences that defy description, of relatives we never met, and of pre-war life in Europe.

They were painful, but at the same time we needed to hear them – the filled the gaps in our own family’s history. They were the stories that for many years my father could not tell. Only in the last 30 years was he able to convey them directly to us, in the full knowledge that whenever he did, it dredged up memories that would haunt him for days.

But this year, my father is no longer with us. Does it make sense to celebrate a liberation without the one liberated present?

Just a few weeks ago, we observed the yahrzeit of our paternal grandfather, Shlomo Elimelech Werdyger. He was killed in Buchenwald on 10 March 1945 (corresponding to 25 Adar), just a month before his two sons were liberated. The obligation now falls on us – his grandchildren – to observe his yahrzeit. This makes the idea of celebrating even more difficult.

Yet when we look at our ‘celebration’, it was less of a party and more like a family version of the Pesach seder. We recount stories of suffering and of redemption; we eat symbolic foods. My father fulfilled the mitzvah of והגדת לבנך – “and you should relate to your children”. Storytelling during a family gathering and shared meal is the most powerful device for intergenerational transmission of culture. It is a bedrock of Jewish ritual.

Our father has now been united with the family he lost over 70 years ago (including the brother who passed away 6 years ago). We can imagine them all together in heaven, enjoying some good whisky and herring. There must have been a lot of catching up to do – for my father to tell them about the life and the family he and my mother תבלח”ט rebuilt after the war, to convey to them the immense nachas they have received over the years. How would they ‘celebrate’ the 11th of April up there? It may well a bittersweet evening of storytelling.

Now there is a disconnect. They are in the spiritual afterlife, and we are here in the physical world. There are no new stories that can be conveyed to us. The time for that has passed.

Nevertheless, the important mitzvah of והגדת לבנך has formally transitioned to us. Last year we heard the stories; this year we need to retell those stories. We are now obliged to continue to tell our family’s story to the next generation, and the one after that.

For more in this series, see Shiva: sitting then getting up, And who before his time, and ‘Hamakom’ as a Verb and Transactional Judaism.