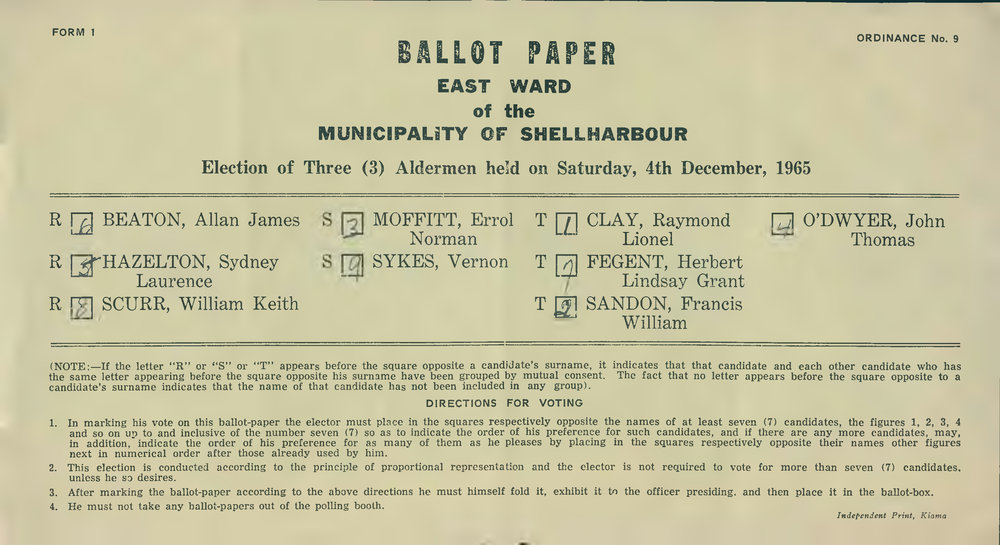 With the passing of a new Jewish year and the fresh spiritual energy this brings to the world, there is a palpable buzz around the Yeshivah as we approach something that has never happened here before: democratic elections. The intersection between democracy and Orthodox Judaism is a complex one that is still developing, and after a baptism of fire over the last few years, our community is likely breaking new ground in its transformation from closed to open governance.

It’s been easy to criticise over the last few years, and there has been plenty to criticise. But now things are different. In the past, we sat on the outer and complained about the decisions and actions of hand-picked individuals, who had total control of the organisations. The next group of people who will be directors of the newly formed organisations will not be hand-picked by Rabbi Groner OBM, or anyone else. They will be elected by the membership of each organisation. They will be the leaders of our choice.

Yes, three of them (for each of CIVL and YBRSL) have been hand-picked by the former trustees (and one of those – CTG – is a former trustee). But they are individuals in their own right, and having agreed to take positions as directors, are now accountable only to the members. They are in no way accountable to the former trustees. At the board table, they have no more or less power than any of the other directors. And while CTG has life tenure on the boards of all three organisations, even that could be changed if the members so decided. The future of the Yeshivah Centre is truly in our hands now.

That means one important thing: it’s time to put up or shut up. If you don’t like the way the place has been running, then nominate for a position on one of the boards. If you don’t think you are able to contribute in that way or don’t have the skills to do that, then at the very least join up as a member, so that you can have a say at the ballot box. As a member, demand that the candidates for board positions articulate why they want to become directors, and what they intend to do if elected. Demand that once elected, they maintain their accountability to members through regular and open communication, and provide the reporting that the members can reasonably expect. We deserve nothing less.

And on the important question: “who is fit to be a leader?” there is a very simple answer: whomever the members elect. Pronouncements that have been made by critics and advocates within our community about previous communal leaders count for nothing, and statements by those who are not in the community count for even less. If someone is eligible to be a director under the constitution, then they have every right to nominate . The only thing that counts is the votes by members.

Someone asked me in shul yesterday: “Is it true that such-and-such has nominated? How can they allow this?!” Wrong! If such-and-such is eligible under the constitution, then he or she can nominate. There is no ‘they’. Our organisations are governed by constitutions, which safeguard its mission and values, and by its members. Nominees for election can be a former trustee, this one’s cousin, or that one’s mechutan. Don’t like it? Nominate and campaign for yourself to be elected. Or vote for someone else. In a contested election, the members decide.

It’s quite exciting to even write this about the Yeshivah Centre. I have previously likened its governance to that of Soviet Russia and dystopian oligarchies, but that is no longer. This is for real. I wish the election used ink to mark voters so I could post a selfie.

For years I struggled with the adage “יפתח בדורו כשמואל בדורו” – that Yiftach in his generation should be accorded the same respect as Shmuel in his – and what could be its corollary: “we get the leaders we deserve”. Our community didn’t deserve this. We should have had better. The latter is adapted from a quote by Joseph de Maistre on the topic of Russia’s new constitutional laws, and is translated as “In a democracy people get the leaders they deserve” (my italics). We are now a democracy. Who we elect will be who we deserve.

It’s not all a bed of roses. The new leaders will have some very difficult decisions to make, and will have to carefully navigate us through this transition. There will be false starts and mistakes. After several years of turmoil and ICOMs etc, they will likely inherit a mess. But it will now be our mess. Ours to take forward. Now is the time to be a part of this important change.