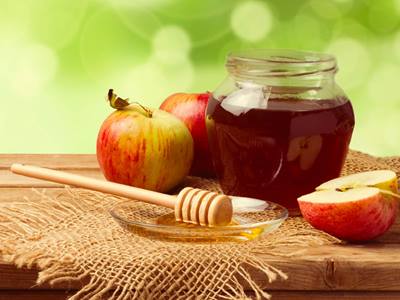 During the month of Elul, our minds turn to Rosh Hashanah, and we reflect on the year which is drawing to a close. We have many different units for measuring time – seconds, minutes, hours, days, months and years – and each serves a different purpose. To paraphrase Marc Levy, if you think a hundredth of a second is a short amount of time, ask the person who won the Olympic silver medal in the 100m sprint.

The ‘year’ is an important unit of time, as it is most capable of measuring change. This is because change is difficult to detect on a day-to-day basis. As an example, if you go on a diet and lose 10kg, you might wonder why your spouse doesn’t compliment you, but the acquaintance whom you haven’t seen for months will instantly notice the difference.

The annual cycle – which includes Elul and the Yamim Nora’im – helps us reflect on where we were at this time last year, what has transpired in between (for better or worse), and how we have changed (for better or worse). That is an essential part of the contemplation during the lead up to Rosh Hashanah.

Just as we reflect on change in ourselves and those closest to us, we can also consider the changes around us, such as in the Melbourne Chabad community. We have been in turmoil for several years now, and it’s easy to sit back and wonder if we are actually making progress. The recent YBRSL AGM had people shouting “Nothing has changed!” I listened to the recording, proudly disseminated through social media, and it was embarrassing. The CIVL AGM was far more civilised (no pun intended), but still had its moments of rancour.

I have plenty of tolerance for protagonists on both sides of the table. Within the community (and outside of it), there has been much pent up (and justified) anger that has been waiting for an outlet. Now that we have a new governance structure, the floodgates have opened. On the other hand, those seeking to govern don’t have it easy shifting large and longstanding organisations from opaque leadership controlled by a small group to a new level of openness and accountability, and at the same time keeping everything running smoothly. One wise director poignantly told me early on in the piece that “it’s hard to be strategic when your pants are on fire” (quoting a HP senior exec).

Further on the topic of time and change, the adage says that “time heals everything”. It doesn’t. People in our community have experienced abuse, and one thing I have learned through this process is the extent to which trauma can stay trapped within the brain for decades. Some victims have been able to move forward, while others struggle. In dealing with the revelations of abuse and the resultant changes, our community has experienced collective trauma, some of which may also remain for years or decades. My intent is not to compare degrees of trauma; rather to point out the moderating effect of time itself.

The angry mobs of social media don’t seem to understand this, and are unforgiving. Pirkei Avos (2:1) and the liturgy of Rosh Hashanah both express the idea that all of our actions are written down. In the world of social media, this has come true in a way we could never dream of. Things people have written years or decades ago (privately or publicly) are hauled out to haunt them. Such exposés are seriously flawed, as they implicitly don’t recognise the ability of people to change with time. God, despite knowing all and writing down everything, well understands the human capacity for change, and forgives us year in and year out. As explained in Tanya, the nature of His forgiveness is infinite. Ours is hopelessly finite; that of the social media mob, even less so. So it would be a mistake to be overly beholden to loud opinions expressed in social media. We should also avoid giving too much credence to loud and symbolic gestures. Neither reflects a deep understanding of the nature of change.

Change rarely happens overnight. People don’t shift from one extreme to another in an instant. People may often experience significant moments that affect them profoundly and lead to change that plays out over time. Organisations take even longer to change – a former US President whom I dare not name said that sometimes the task of government is “to steer the ocean liner two degrees north or south so that, ten years from now, suddenly we’re in a very different place than we were”. He wasn’t saying that big ships aren’t worth turning, just that it takes time.

So has “nothing changed”? Plenty has changed. Our community is on a journey, and it’s a long one. The journey has ups and downs, and there are often backward steps along the path of progress. The way to measure change is to use the ‘year’ unit of time, and compare how we (individually and collectively) have changed since one year (or a few years) ago. On balance, we are probably better than we were. Is there room for improvement? Of course. Will it happen as quickly as some people want? Not a chance.

On a personal level, I have changed. Over the last few years, I have observed, listened and have been prepared to learn. Like many others, I’ve been shocked at some revelations. I’ve developed a deeper understanding about some of the issues that have faced our community and its members. As I’ve written, there have been and remain many shades of grey in all this, and I’ve been critical of the way some things were done. However, I can’t control or mandate how others reflect on their previous actions – all I can control is myself and my responses. So in acknowledging that there are things that I have said or done in the past that I would not say or do now, I acknowledge changed. And with that change, I’d like to apologise for the things I’ve said or done that have hurt people.

It doesn’t stop there. I remain open to further change. Change doesn’t necessarily need grandiose statements, although sometimes such things are helpful as markers of change or proverbial lines in the sand. In truth, change is best indicated by a change in behaviour, which just happens, and happens over time.

Amidst all the changes in our community leadership, I’ve largely stayed in the back seat – talking excessively about it in shule, writing about it, and assisting others in the background where possible. More and more, I feel that with the passage of time, we need to focus more on the future and what we can do to make our community better and stronger. I believe very strongly in the ability of people to change. I hope more members of our community who have sat on the sidelines watching will also choose to step forward and get involved, in whatever capacity they feel is appropriate.

So this Rosh Hashanah, I will celebrate two amazing gifts that God has given us: the wonderful capacity of humankind to self-reflect and to change, and the unit of time called ‘year’ which allows us to observe and recognise change.

Tweets by davidwerdiger
Why communication is important Research has shown