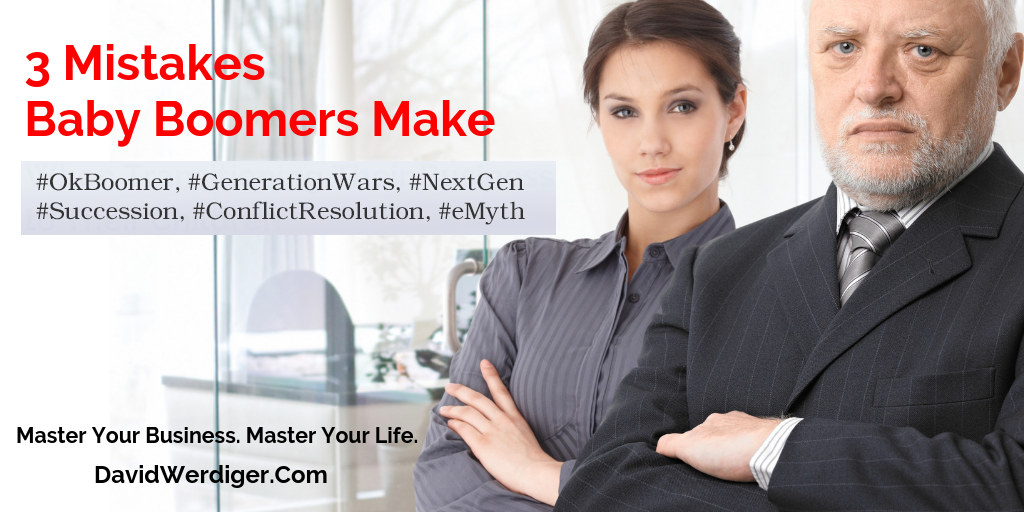 Age Discrimination Is Bad — for the Bottom Line – OK Boomer!

Ageism is the basis for much of today’s social justice activism: Older people are seen as the champions of outdated paternalistic and bigoted notions. ( “OK boomer!”)

Have the Baby Boomers ruined the US economy (and the world) for the Millenials? That’s what Bruce Gibney asserts in his book A Generation of Sociopaths: How the Baby Boomers Betrayed America. Gibney lays blame on the Boomers that have;
1) controlled Congress for decades for the huge increase in the debt-to-GDP ratio,
2) under-investment in infrastructure, and
3) inaction on climate change. He claims that it all stems from their lack of investment in the future.

It’s tougher to get employers to dump the age-related prejudices, however, than the race and gender ones. For one thing, “too old” is harder to define than black or white, male or female, cis- or transgender.

Further, I think Gibney is using the Boomers and Millennials labels as proxies for conservatives and progressives. The policy approaches of Boomers that he condemns are conservative policies, and he is a progressive. He might be better off calling a spade a spade rather than masking a political argument as an #intergenerational one.

As a third party advisor to #familyoffice and #familybusiness Werdiger often helps guide the #intergenerational parties to a win-win-win result. Family Business Advisors-Counseling Actionable Generational Wealth Succession. For more in-depth, thought-provoking discussion points and commentary on family and business, sign-up to gain access to the archives of my Family Matters newsletter: https://www.transitionbook.co/member-area/6cf3b890596 or book a call or speaking engagement at https://www.davidwerdiger.com influenced and partly based on the Book E-Myth Revisited case study.