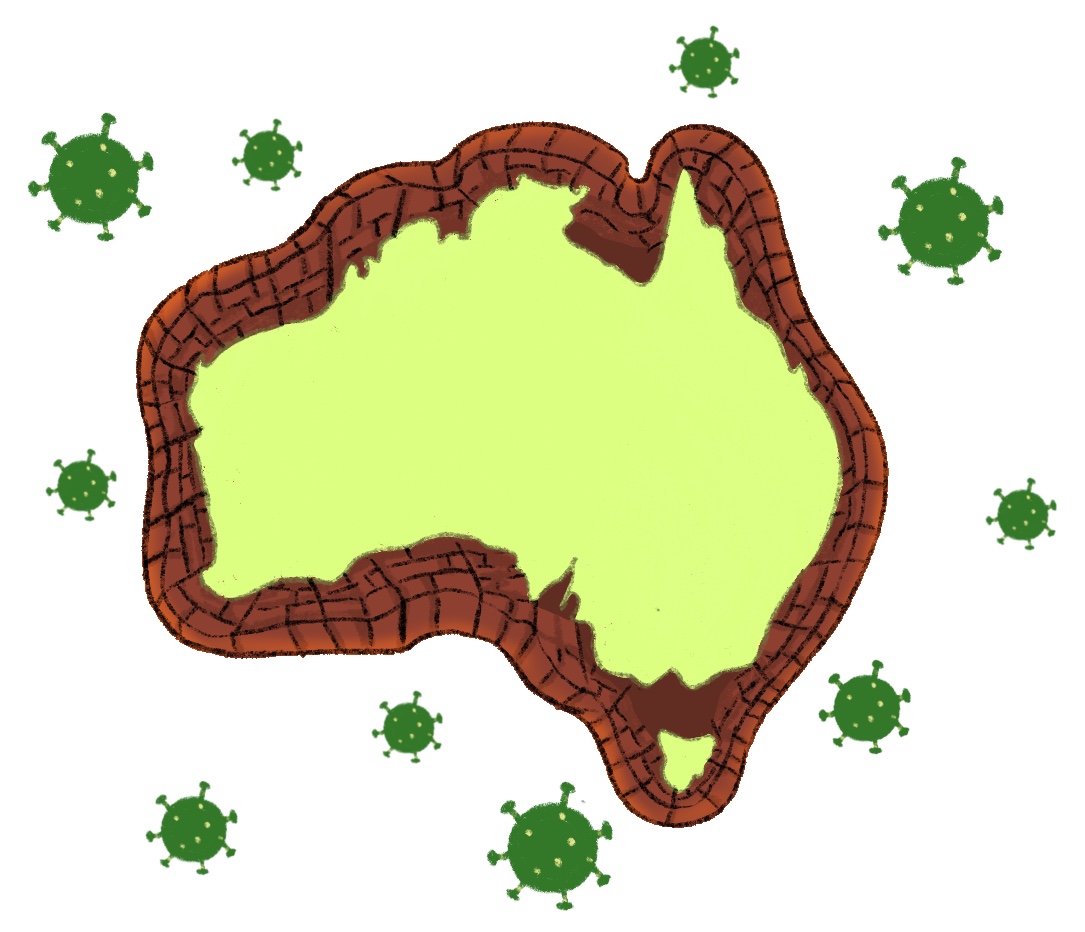 When COVID first emerged, the cold winter in the northern hemisphere contributed to its rapid spread. In Australia, the warmer climate helped reduce the spread, and together with border control and quarantine, we were largely able to get things under control. The Prime Minister and State Premiers insisted that our strategy was one of “suppression”, and if “elimination” happened, that would be a bonus. But as daily case numbers dwindled to single digits or teens in several states, the lockdowns continued. They said suppression but their policies screamed elimination.

After some months (and in Victoria, many months), the end result was that we did achieve elimination or “COVID-normal”. But no government official ever acknowledged that this was the intent from the start. Other than restrictions on travel in and out of the country, life returned to something resembling normal. Restaurants were open, and sports stadia bristled with fans.

But beneath the surface, there were serious problems.

Cracks in the federation continued to be revealed. Small outbreaks in cities would lead to border closures between states, and state parochialism and rivalry increased. Disparities in the policies and effectiveness of the states’ public health systems became apparent. Victoria’s was shown up to be nothing short of disastrous, and we are now coming out of our fourth lockdown, the most recent for two weeks. The last two lockdowns were called “circuit breakers” by a state government that continues to use language of fear, has lost the trust of many, and where the Chief Health Officer talks like a politician rather than a medical professional.

The federal government took a “wait and see” approach on vaccination. They placed a huge bet on AstraZenica (which could be manufactured locally thus supporting industry and solving supply chain challenges) which backfired as a mix of fear over blood clots and politicisation of the vaccination within UK/EU led to problems with both demand and supply. They have increased supplies of Pfizer and done a deal with Moderna, but the program is still running way behind schedule. There are evident flaws in the vaccination program itself – priority was given to the elderly and their carers, and those at medical risk, but certain classes of workers such as food delivery staff who travelled around cities extensively and therefore had the potential to spread COVID easily were ignored. They have been very slow to adapt and tinker with the program and be more strategic about prioritising to reduce spread.

In the past six months, state Premiers had twice proven a simple formula: lock your borders and your population and win an election. The “Fortress Australia” policy became very popular, with over 70% support in a recent poll. Many Australians were comfortable being locked down in a big country. Government threw money at the struggling airlines to encourage domestic tourism, and figures indicated the economy was bouncing back rapidly. With a federal election to be held within ten months, there did not appear to be any incentive for the government to open things up in a hurry.

All of this has led to a typically Australian complacency – “she’ll be right, mate” in the local parlance. Between a feeling of safety within Australia and a fear of vaccination, people are not lining up for it. There has not been any government social marketing campaign to address these attitudes, nor any policy carrots or sticks that would encourage people to vaccinate. Fully vaccinated Australians need permission to leave the country and must still spend 14 days in hotel quarantine on their return.

With a policy goal of COVID-zero, COVID-normal has led to laziness in behaviour. It took Victoria over a year to implement a state-wide system for contact tracing, and people are not taking it seriously. People are not sanitizing their hands regularly as there is no perceived need. The need to protect COVID-normal at all costs (and the preference for the blunt instrument of lockdowns) has led to the 14-day lockdown of nearly 7 million people over a few dozen cases.

Consider the alternative policy approach: that governments were comfortable with a small number of cases circulating at any time and had the health system capacity and the tools to control them. In that case, citizens would be far more vigilant about contact tracing and hygiene, and would be lining up in droves to be vaccinated. Only one state – New South Wales – have had both the policy fortitude and the faith in their own systems to have struck a balance of controlling the spread and maintaining an open economy. While they did need to resort to some short lockdowns, they were highly localised.

WHO recently stated that Australia and other countries that chose elimination strategies face a “genuine dilemma” on how to open up. Israel, UK and USA are leading with vaccination take-up, and we would need much higher rates to be able to open.

While we have been largely isolated from the global devastation of COVID, we have swapped it for a domestic devastation of leadership. We don’t have a pathway to return to being part of the rest of the world, which is now further away than ever.